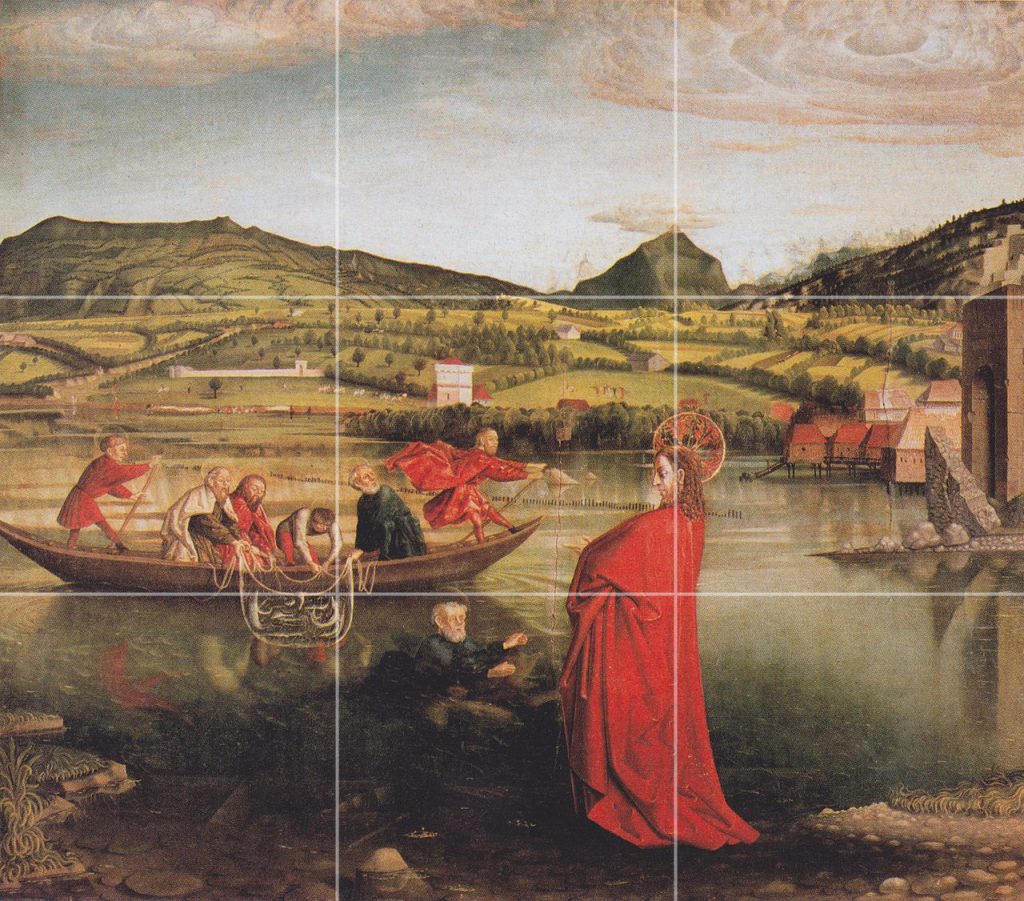 If you know a thing or two about photography you’ll have heard about the Rule of Thirds. If you don’t, the short story is that it’s a visual aid applied by dividing the composition in 9 equally-spaced boxes, by drawing 2 equally-spaced lines, both vertically and horizontally (as shown above). But Why should one do such a silly thing? Because this rule (as in “rule of thumb”) is supposed to make your composition look more dynamic, less flat and overall more interesting to the eye.

As I’ve been dabbling more seriously with photography these last few years I’ve come across people swearing by it, and people frowning at just hearing the word. But that’s a matter for another time, if you really want to get into the heated argument, this article by Cambridge in Colour and this one by Petapixel should give you a nice overview of the two point of views.

Back on track. A few days ago I was discussing with a friend about this, and I started thinking where this rule originated, surely artists must have used this principle as an unnamed aid for centuries. Above’s an altarpiece by Konrad Witz dated 1444. I think something like the rule of thirds must have taken place in the artist’s mind to plan the composition. Look at the clear line dividing the hills from the mountains, and the line cutting the Christ in two.

But when did this intuitive aspect of composing an image clearly became a “rule”? According to Wikipedia:

The rule of thirds was first written down by John Thomas Smith in 1797. In his book Remarks on Rural Scenery, Smith quotes a 1783 work by Sir Joshua Reynolds, in which Reynolds discusses, in unquantified terms, the balance of dark and light in a painting.

The so-called rule doesn’t look at all like a rule in Smith’s book:

I have presumed to think that, in connecting or in breaking the various lines of a picture, it would likewise be a good rule to do it, in general, by a similar scheme of proportion; for example, in a design of landscape, to determine the sky at about two-thirds ; or else at about one-third, so that the material objects might occupy the other two : Again, two-thirds of one element, (as of water) to one third of another element (as of land); and then both together to make but one third of the picture, of which the two other thirds should go for the sky and aerial perspectives.

Which led me to a question: how often do we try to distill an artist’s soul into rigidly boxed rules? And how often following them makes our lives easier, by adhering to a standard rather than thinking, really thinking, about the problem at hand?

As we go about learning a craft, the first level is improvising with little knowledge, usually getting pretty bad results and some unexpectedly decent works here and there. The second step is learning all about the rules, then starting to apply them. Lastly, we are left free of exploring our or reasoning, free to apply rules that are so much ingrained in our mind we don’t even regard them as solid things anymore.

This line of reasoning made me ask myself the utility of learning from others in a non-practical way. There’s a clever "little" piece of writing in the fan-fiction book Harry Potter and the Method of Rationality (which is a great read at 2000+ pages) called The Interdict of Merlin, this caveat warns magical users that a spell can only be taught from living mind to living mind, it cannot be learned by reading it up on a book.

In real life there’s nothing preventing us from learning these rules from books, but when I do I always get the feeling that something gets lots in translation, and as an avid doodler I’ve got multiple a-ha moments about principles I’ve read about dozens of times, but that never oiled my brain gears very well, until stumbling and stumbling again, I decided to try these on my own, until they finally made intuitive sense.